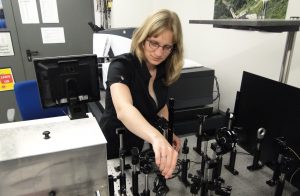 My current research focuses on 2D semiconductors such as phosphorene and antimonene and is directed to answer the following questions: 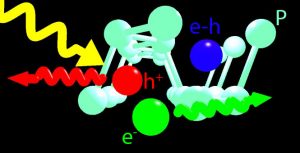 I started in 2016 to work as a FOM/f fellow under supervision of prof. dr. Laurens Siebbeles in the project “Dynamics of Charge Carriers and Excitons in Phosphorene”. Before working at the TU Delft, I studied electrical engineering at the Universität Duisburg-Essen in Germany. After that, I conducted my PhD research within an industrial partnership programme between AMOLF and Philips Research in Eindhoven, The Netherlands. I have defended my PhD thesis “Propagation of Light in Ensembles of Semiconductor Nanowires” in 2010 at Eindhoven University of Technology. In 2011, I moved to ICFO-Institute of Photonic Sciences in Barcelona, Spain, where I worked as a Marie-Curie fellow on plasmonically enhanced quantum dot photodetectors.

On Nov. 3rd, I visited the Jan Vermeerschool in Delft to tell children aged 4 and 5 about my job as a researcher. The children enjoyed turning on and off a fan by shining light on a solar cell.

Our results of the temperature dependent microwave mobility in 1D selenium got recently published in JPC C.

Joeri succesfully defended his Bachelor thesis „Liquid Exfolation of Antimony“ on the 15th of June.

May 2017: I have presented my recent findings about liquid exfoliation of Black Phosphorus at the EMRS Spring Meeting in Strasbourg, France.

On 19th January I joined a speeddating event organized by VHTO at Rijnlands Lyceum in Wassenaar. Read more on the News-site

September 2016: I have presented my first results about liquid exfoliation of Black Phosphorus at the Nano GE meeting in Berlin, Germany.